Holding a dinner, event or conference and looking for a speaker? Peter Edge is an after-dinner speaker  who’s different, funny, clean, and won’t charge the sort of fee that’s going to break the bank.

A professional speaker with a great reputation, Peter Edge has been an after dinner speaker for more than thirty years, and has worked with some of the best known sportspeople and comedy greats. Whatever the audience size and composition, whatever the venue, the outcome has always been the same – a great way to finish the night.

With an insight into the lighter side of policing the inner city, a particular slant on the North South divide and some irreverent views on modern organisations and management there’s something to appeal to everyone in one of Peter’s speeches.

Peter started his after dinner speaking career as the ‘Dental Jester’ at Liverpool University’s School of Dental Surgery, but turned his back on  dentistry in favour of a career with Merseyside Police. Thirty years on and he’s collected a wealth of experience which he brings to bear on his unique style of delivery. From an ‘ I.T. Industry Insiders’ event at the Ivy Restaurant in London, to the annual Hawkeshead ‘Duck Supper’, Peter has travelled far and wide entertaining audiences from all walks of life.

Testimonial : I have had the pleasure of listening to Peter for many years at a variety of different functions. He is, without doubt, one of the most entertaining speakers I’ve heard. The feedback he receives from his audiences is excellent as he has a vast catalogue of stories to share with people. Importantly, Peter is able to adapt his style to meet the particular requirements of any audience. I’ve also never heard Peter deliver the same act twice as he has managed to keep his act contemporary and fresh. I have no hesitation in recommending Peter Edge as ‘the’ after dinner speaker for any type of event of function.

Whilst much of his experience as a public speaker has been gained in rugby circles (Peter was player, coach and Chairman of his own rugby club – and then spent a number of years as a referee), he’s equally at home at professional dinners, awards functions and fundraising events. And just to add another string to his bow, he’s currently ‘treading the boards’ as a stand-up comedian .

Liverpool born and bred, Peter’s police career was spent in a variety of roles, both uniform and investigative. Vice, Drugs and CID – all the juicy bits! He’s appeared on the BBC ‘Crimewatch’ programme, spoken to international audiences on the subject of organised crime and spent the last two years of his service co-ordinating the operations around political party conferences on Merseyside.

Outside work, he’s acted as a script consultant on a film that went on to win awards at the Edinburgh film festival, done a stint as a university lecturer and walked up Mount Kilimanjaro to raise money for disadvantaged children. More recently he’s walked across northern Spain on the Camino de Santiago, not once but twice, and he’s going back for a third time in 2019!

A keen fell-walker, skier and cook, Peter describes himself as an occasional sailor, canoeist and unsuccessful kite surfer.

Testimonial – “Once again Peter, a fantastic speech, refreshingly different ,very funny and just what we needed . How you manage to do it, when this must be the third or fourth time you’ve spoken at this function is beyond me!” Chris Connor – Merseyside Property Forum. 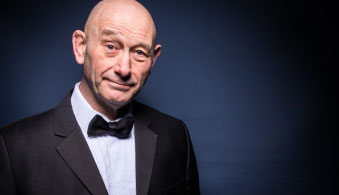 I'm an after-dinner speaker who's different, funny, clean and professional. In over thirty years of policing the inner city of Liverpool I've picked up some stories and seen some sights, and I'm happy to share them. Whatever the occasion and whatever the audience, I guarantee there will be something to appeal to everyone.

It's important that your event, whatever it is, runs professionally, runs to time and runs smoothly - preparation, research and the ability to problem solve are essential. I have extensive experience as master of ceremonies, event host, charity auctioneer, and presenter. I've 'fronted' corporate events up and down the country, all of which received excellent feedback, and hosted a monthly, corporate communication forum which ran successfully for three years. 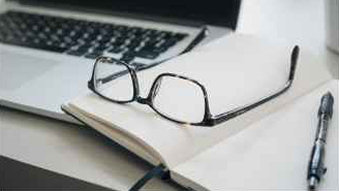 If the prospect of standing up and making a speech fills you with dread, you're not alone. Wedding speeches, eulogies or other special occasions, I will review your speech, advise on timing, structure, content and delivery, to make the most of the material you've got. I'll show you where you can get a laugh, where you can't, and where your authentic personal knowledge will have greatest effect.